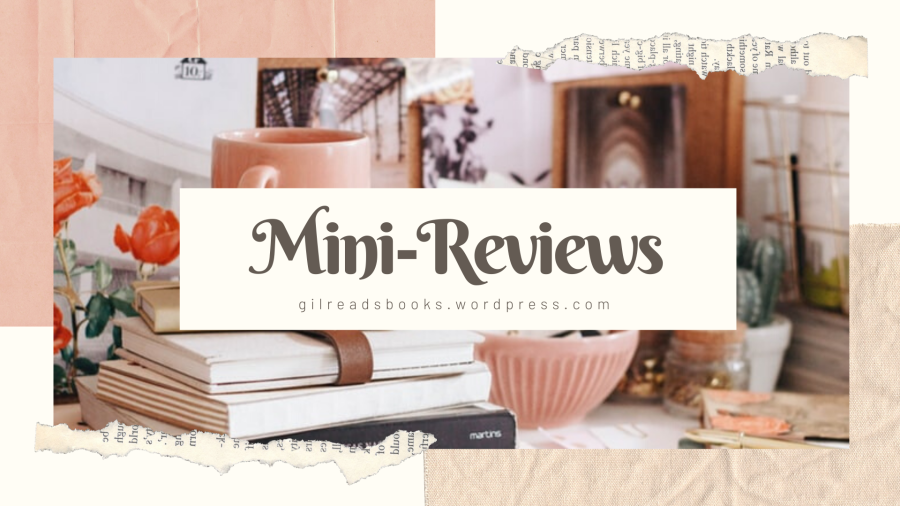 Aside from romance, I also find myself reaching for the occasional crime novel or fast-paced thriller as my comfort reads. It sounds strange if I put it that way, but what I consider to be ‘comfort reads’ are books that can quickly transport or distract me, and thrillers can be very absorbing.

Unfortunately, I haven’t been very lucky with the genre lately. Here are my reviews of Stephanie Wrobel’s Darling Rose Gold (2020) and Jessica Moor’s The Keeper (2020), two of my most anticipated thrillers this year which turned out to be disappointments. Thankfully, I just finished Jane Harper’s Force of Nature (2017) this week, which turned out to be very satisfying.

END_OF_DOCUMENT_TOKEN_TO_BE_REPLACED

The Most Fun We Ever Had follows the lives of one white upper-class family over the course of four decades. We have the parents, Marilyn and David, who are still deeply in love after forty years of marriage; Wendy, the eldest daughter, who drinks and sleeps around to cope with the loss of her husband; Violet, the overachiever turned stay-at-home mom whose perfect life falls apart when her past resurfaces; Liza, a newly-tenured psychologist who finds herself unexpectedly pregnant by her unemployed long-time boyfriend; and Grace, the youngest and fresh out of college, who tells her family a lie that quickly spins out of control. When their secrets come out, old tensions and rivalries resurface, forcing each family member to confront and to rely on each other more than ever before.

END_OF_DOCUMENT_TOKEN_TO_BE_REPLACED

I decided to take a break from reading the Women’s Prize longlist, so I picked up Lily King’s new novel, Writers & Lovers. Writers & Lovers follows Casey, a young writer who’s struggling to make ends meet while finishing the novel she’s been working on for six years. Sounds promising, but unfortunately Writers & Lovers was a snoozefest. I almost DNF’ed it because it took me ages to get through the first half.

END_OF_DOCUMENT_TOKEN_TO_BE_REPLACED

Before anything, I’d like to preface this review with some context. Around the time that I picked this up, one of my family members had been living with cancer for about a year. Like many people, I thought it was something that only happened in the movies – I didn’t think it would happen to me. So I didn’t know how to make sense of the experience. I was feeling confused, trapped, and terrified, and I wanted to read something that would help me understand what I was going through. It was around this time that I stumbled on Mr. Kalanithi’s memoir, and at the time I thought it was extremely timely for me.

Unfortunately, while I respect the effort that Mr. Kalanithi put into this work, and while I deeply empathise with his family for their loss, I can’t bring myself to say that I liked this book, or that it resonated with my family’s experience. This is one of those times where I’m not sure if I read the same book as everyone else. Instead of striking me as being emotional and profound, this book struck me as dry and pretentious. I felt like I was listening to someone detailing his accomplishments and lofty ideals in a bid to prove to other people that he’s worthy of being remembered after his death.

For example, at the beginning of the memoir, we learn that Mr. Kalanithi has had a fairly privileged life. He grew up reading all the classics under the eye of an intelligent and well-read mother with great ambitions for her children. He’s gone to a string of Ivy League schools – Stanford, Cambridge, and Yale – and earned degrees in literature and philosophy. However, he decided to go to medicine afterwards, because it was only through practicing medicine that he could “pursue a serious biological philosophy” (p. 43) and give up “[puny] moral speculation” in favor of “moral action”. Further along, he writes, “I was pursuing medicine to bear witness to the twinned mysteries of death, its experiential and biological manifestations: at once deeply personal and utterly impersonal” (p. 53).

Such abstractions have their place in philosophical tracts, but not in memoirs. If there are any abstractions at all, like the extracts quoted above, I would expect them to be hard-earned and grounded in the author’s own experience. But because of the paucity of intimate detail in the renderings of his experiences, these abstractions came across as precisely just ‘puny moral speculation’ – just empty talk about his noble ideals.

This might also have something to do with his style. To use the old creative writing adage, Mr. Kalanithi has a tendency to ‘tell’ rather than ‘show’, so he captures all the broad-strokes of his experiences as a doctor and a patient but none of the specificity that I usually look for in memoirs. Also, some people have called his writing ‘beautiful’, but personally I found his sentences flowery, overwritten, and clunky with self-importance. It felt like he was vacillating between writing an academic paper and a piece that would impress a bunch of MFA students.

The one part that I loved about this book was his wife’s epilogue. I cried when I read it; it was what I hope this memoir could have been. Ms. Lucy Kalanithi’s sentences were spare, but each scene she wrote about from her life with Mr. Kalanithi were limned with intimacy, affection, and grief. It was in the epilogue that I learned about the kind of person Mr. Kalanithi really was, and felt the pain of his family at losing him.

All that being said, I’m definitely the minority here (much to my distress, since I didn’t expect to be), so I would still recommend this to people grappling with grief. I think the fact that so many others loved this book is proof that Mr. Kalanithi’s memoir is more likely than not to resonate with someone on a similar journey. However, I’d also like to recommend Nina Riggs’s The Bright Hour: A Memoir of Living and Dying or Atul Gawande’s Being Mortal: Medicine and What Matters in the End, both of which I’d picked up around the same time, and both of which had been more personally meaningful to me.

Have you read this book? What were your thoughts on it? What memoirs have really stayed with you? Let me know in the comments!